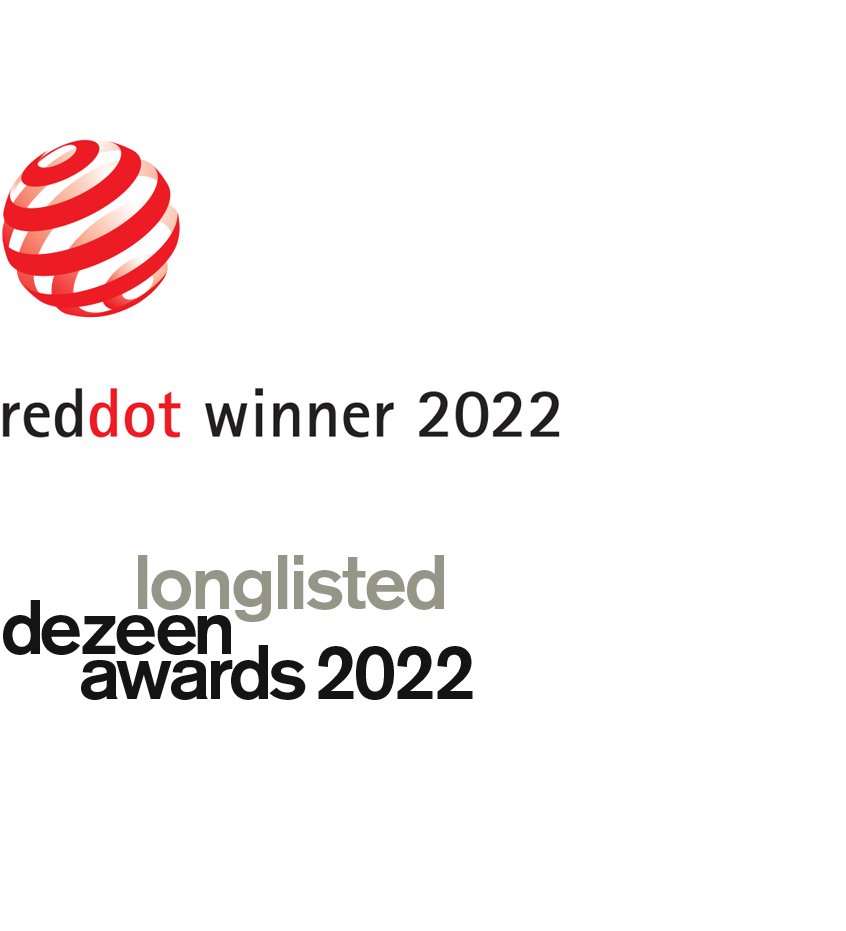 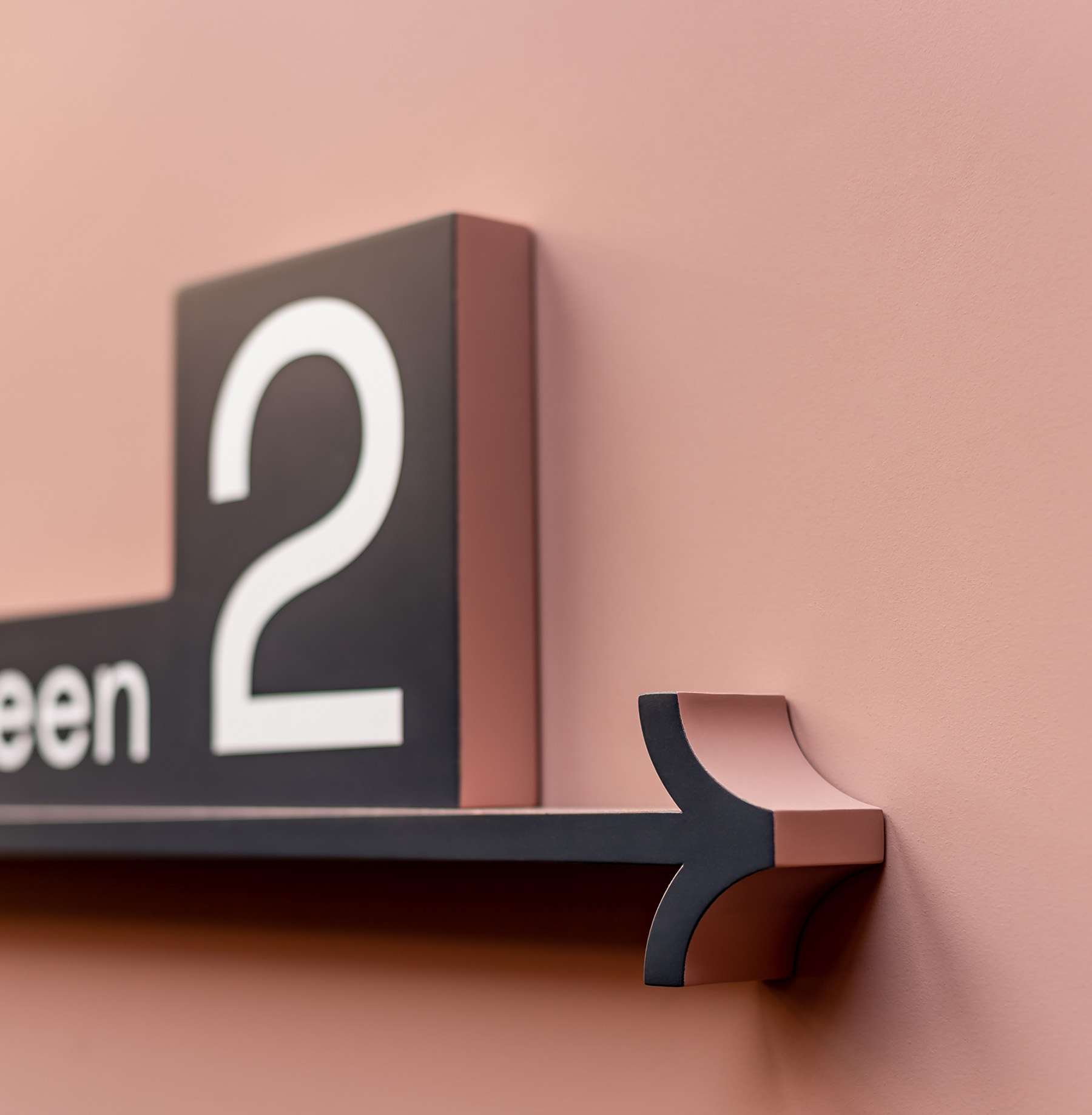 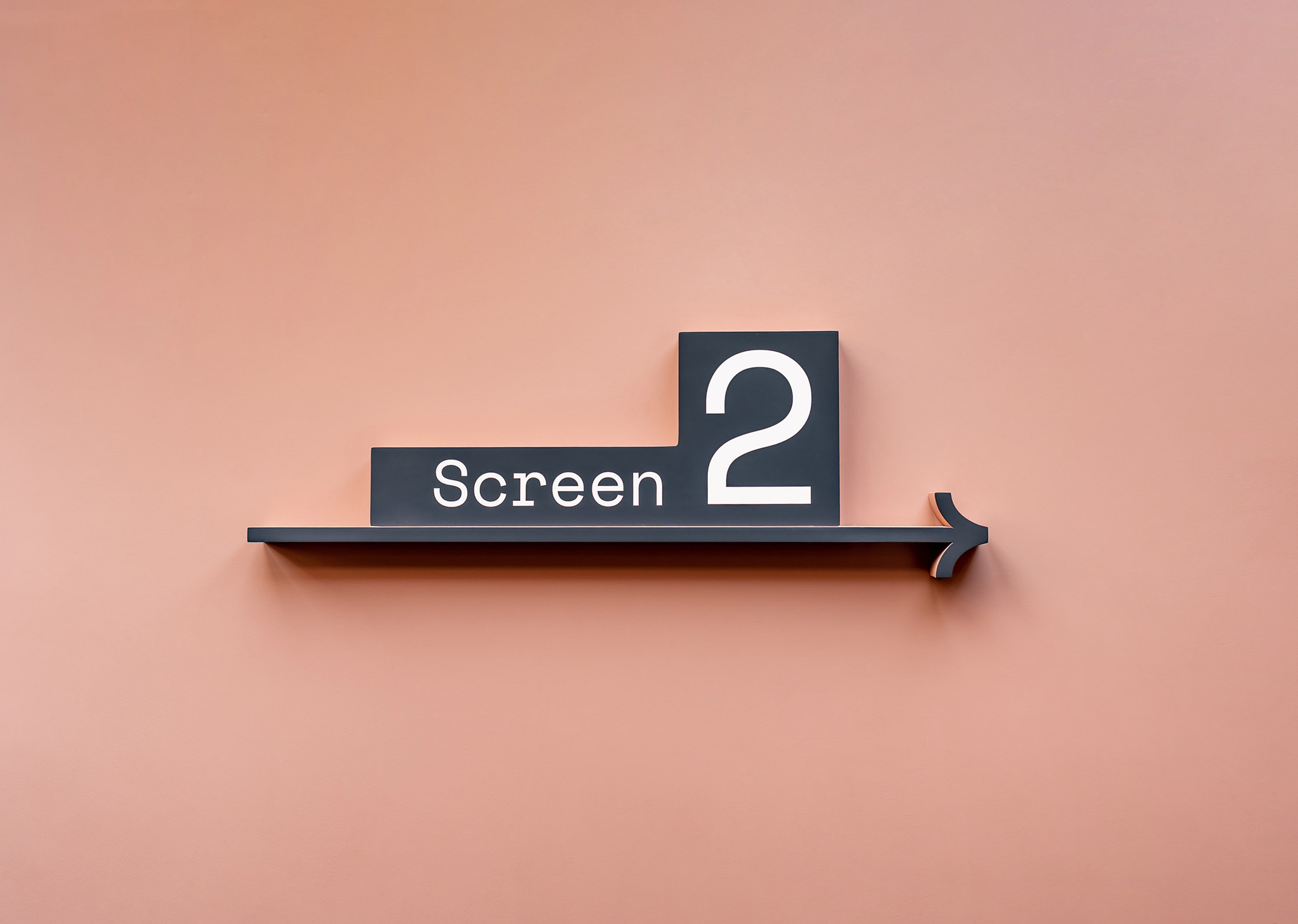 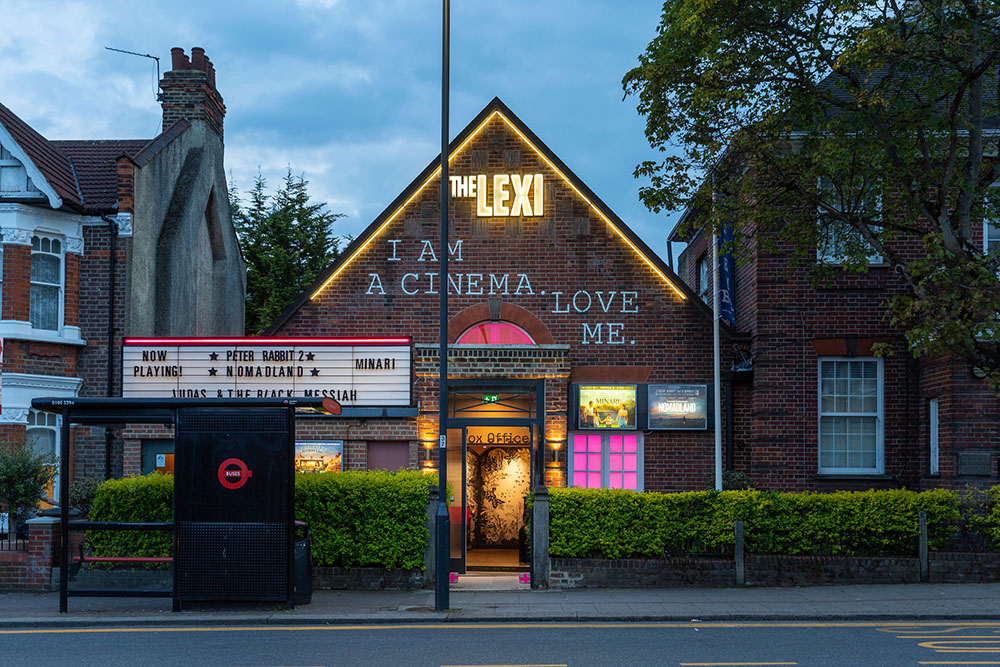 The Lexi Cinema is a cherished local landmark on London's Kensal Rise. Housed in a quirky gable roof building, it offers a refreshing change from seeing a film at the average high street multiplex. What makes it even more special is that it is the only cinema in London to give 100% of its profits to to charity, and is staffed by local volunteers.
‍
Sadly, while construction for a second screen was in progress a devastating fire caused significant damage to the existing areas of the venue. With support from the neighbourhood and film community, the cinema’s management team worked with a limited budget to fully refurbish the interior and match it with the extension being built for the second screen.

This expansion and full interior refurbishment called for a new wayfinding system that would be functional, cost-effective, and complementary to the new interior. There were huge challenges to overcome given the particular space we were working in. The new screen was added to the very back of the building with several twists and turns leading to it. This route had to be clearly marked but signs could not overwhelm the interior. Management also asked for signs to the bar to be quite visible as it functions as an important source of income, but customers had historically not known of its existence. → 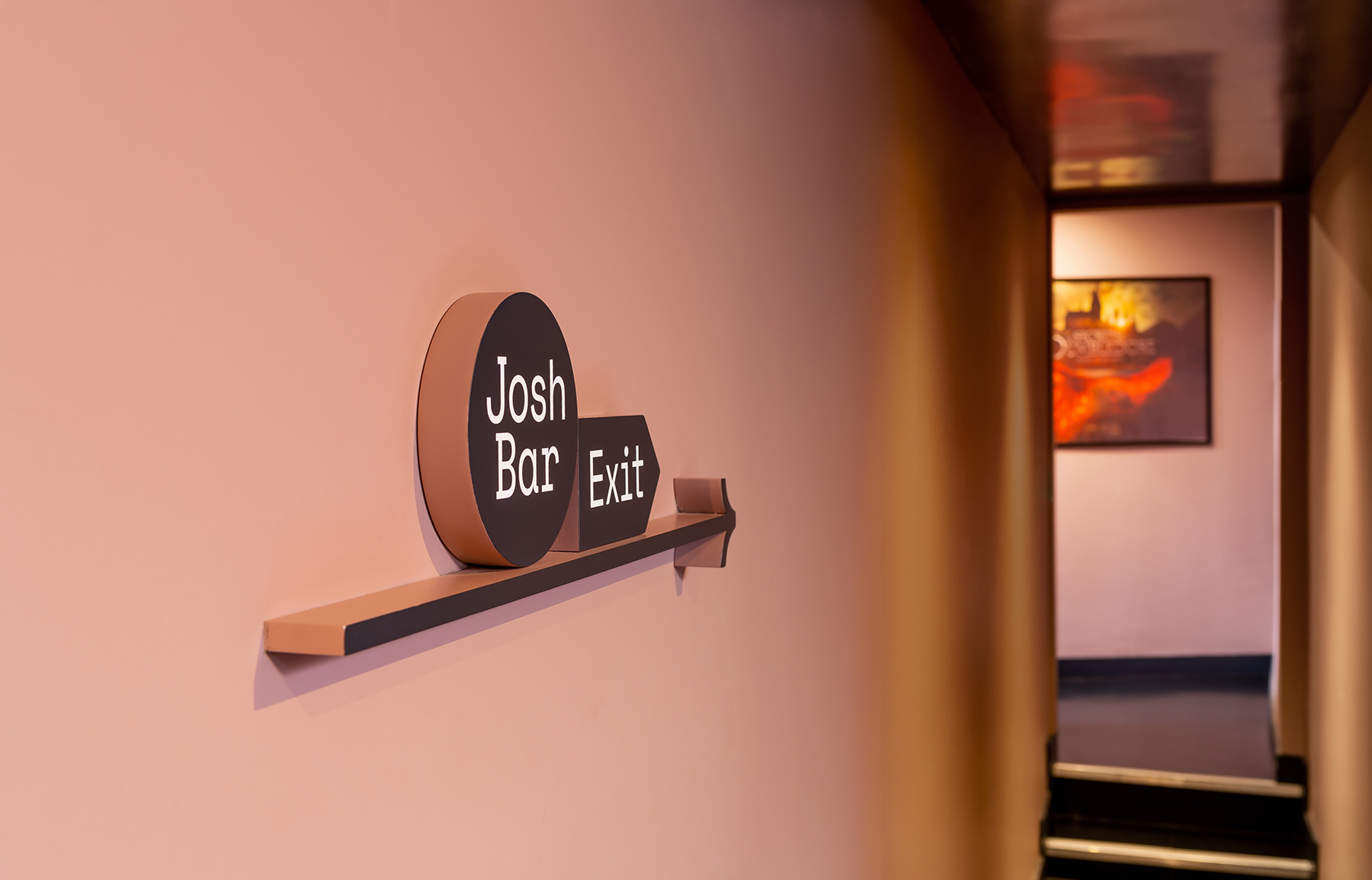 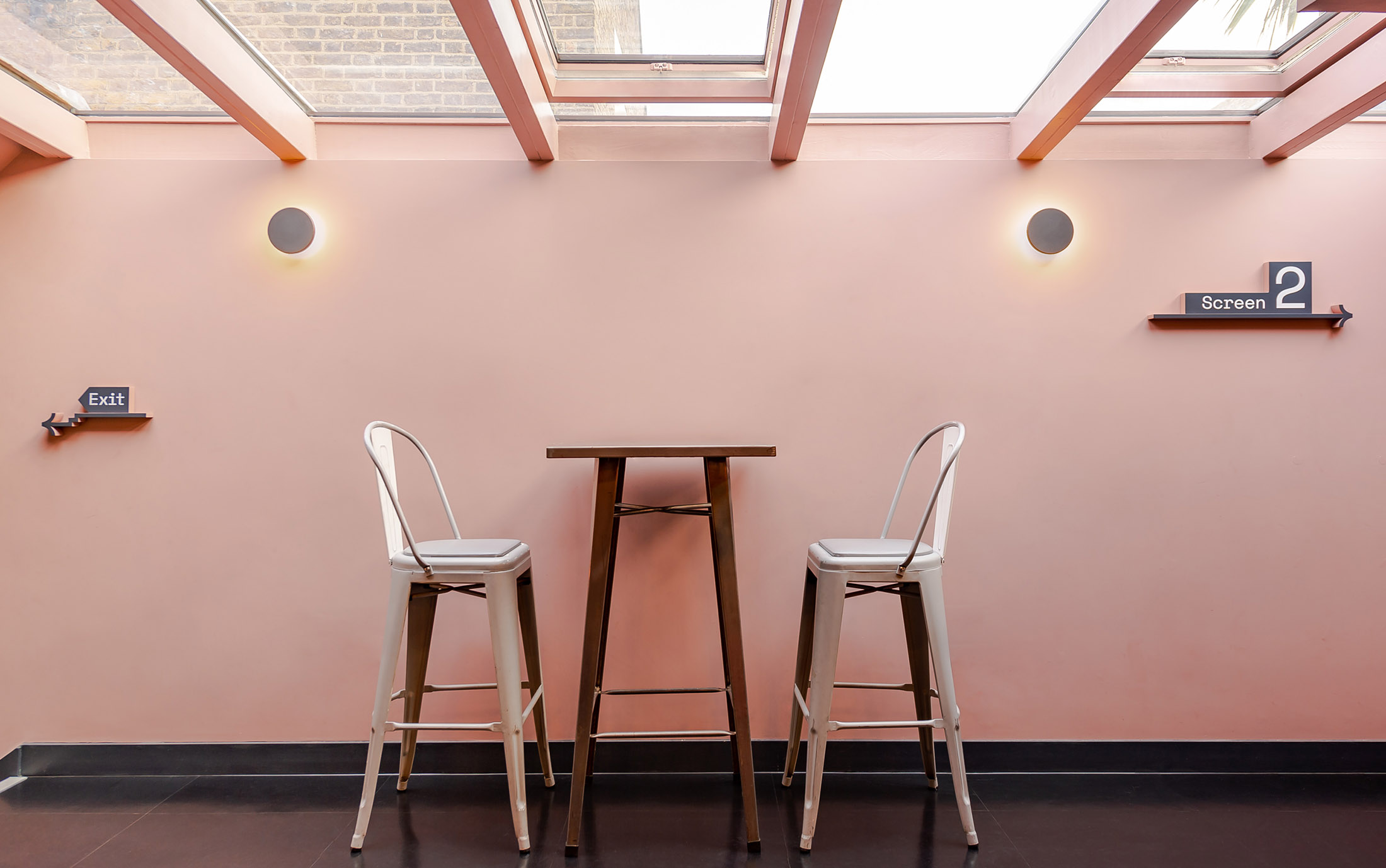 The cinema’s boutique atmosphere and its audience informed the creative exploration. The theme that ties the creative concept together is the ‘shelf’. It’s a symbol that evokes the very essence of cinema given that this tool was used both to store a tremendous amount of film reel, as well as by film enthusiasts at home to organise video tapes and cherished books.

This distinctive shape narrates the navigation through The Lexi’s corridors. Depth allows for the signage to be discreet in size while at the same time clearly standing out. This added volume and the characterful shapes catch the eye, contrasting with the colourful film posters which compete for attention, and this deftly negates the need for more striking colour or the use of expensive backlit signs. The minimalist dark grey and pink colour palette we selected permits the design to harmoniously fit in with the interiors.

We also designed unique shapes for each destination, with the intention to build minimal compositions that are both playful and practical. Horizontal shapes were deployed for screen rooms, reminiscent of cinema screens. For toilets, vertical shapes were developed, bringing to mind the mirrors used in actors’ dressing rooms. Lastly, discs inspired by bar coasters were used for the Josh Bar. → 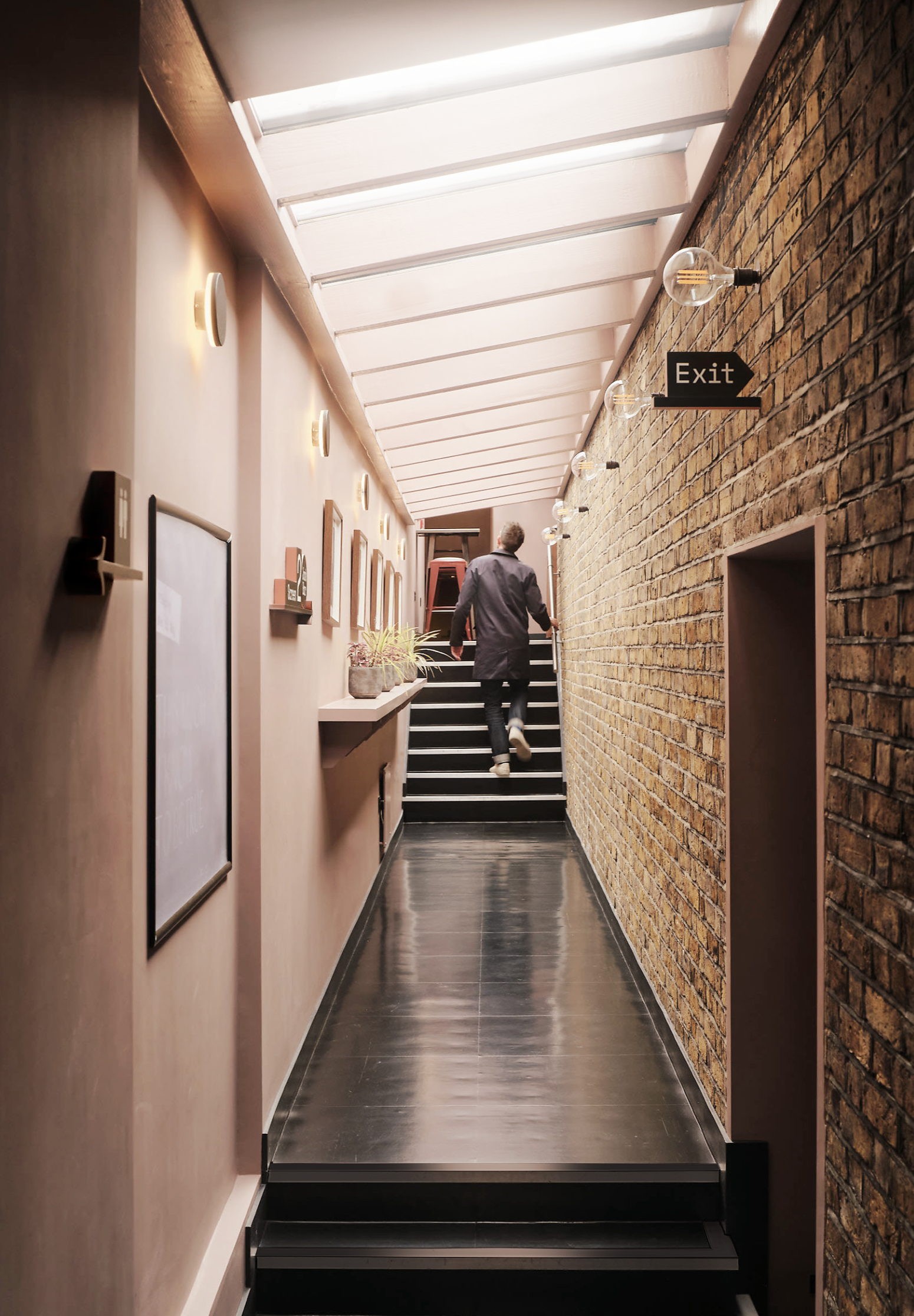 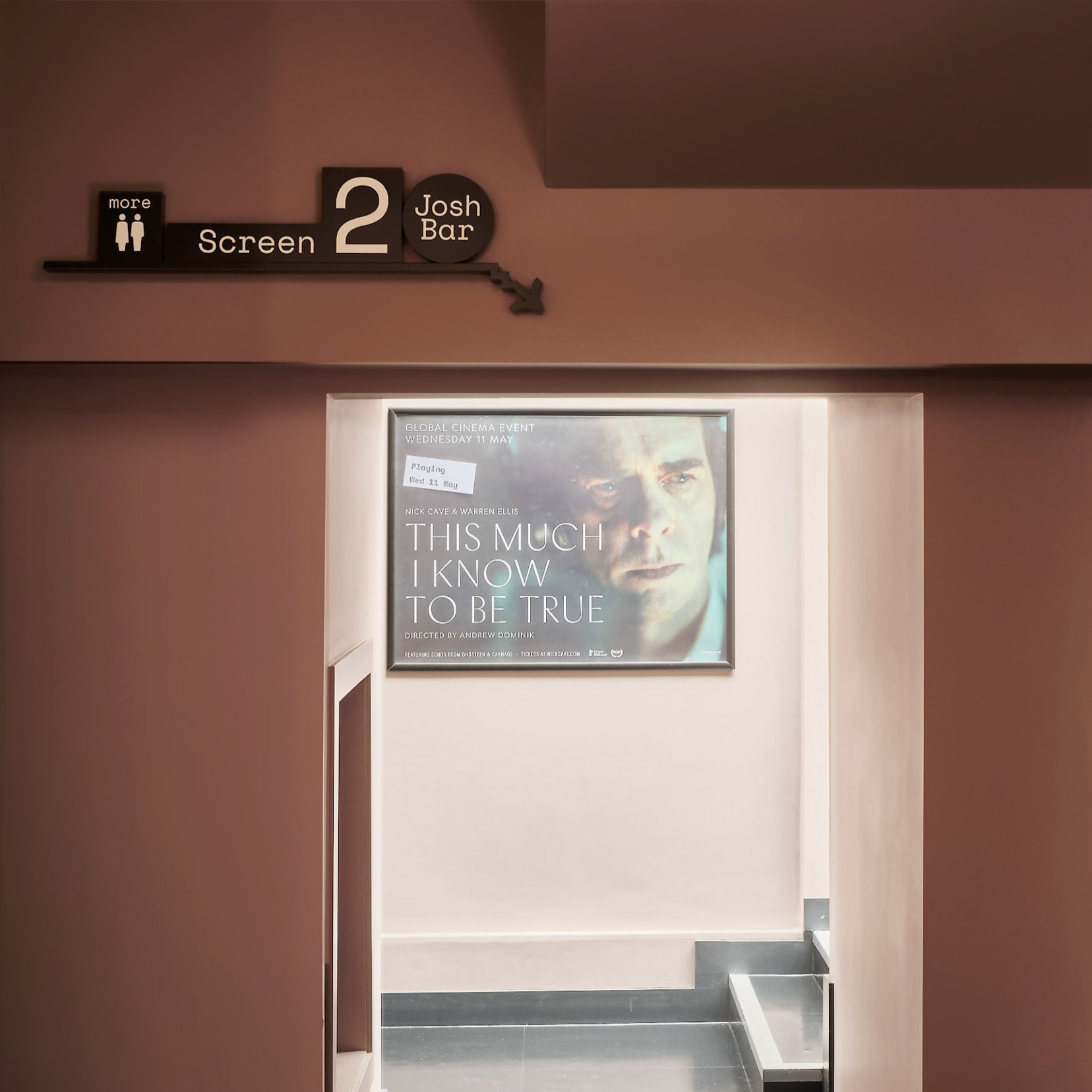 As the cinema is a charity, the donor wall plays an important role in highlighting the community spirit of the initiative, so we designed it to look like a neighbourhood using The Lexi’s distinct gable roof facade. Its goal is to catch the visitors’ attention and inform them, not only of the project donors and generosity of audience members, but also to show the effort needed to keep an independent community-led cinema going. →
‍ 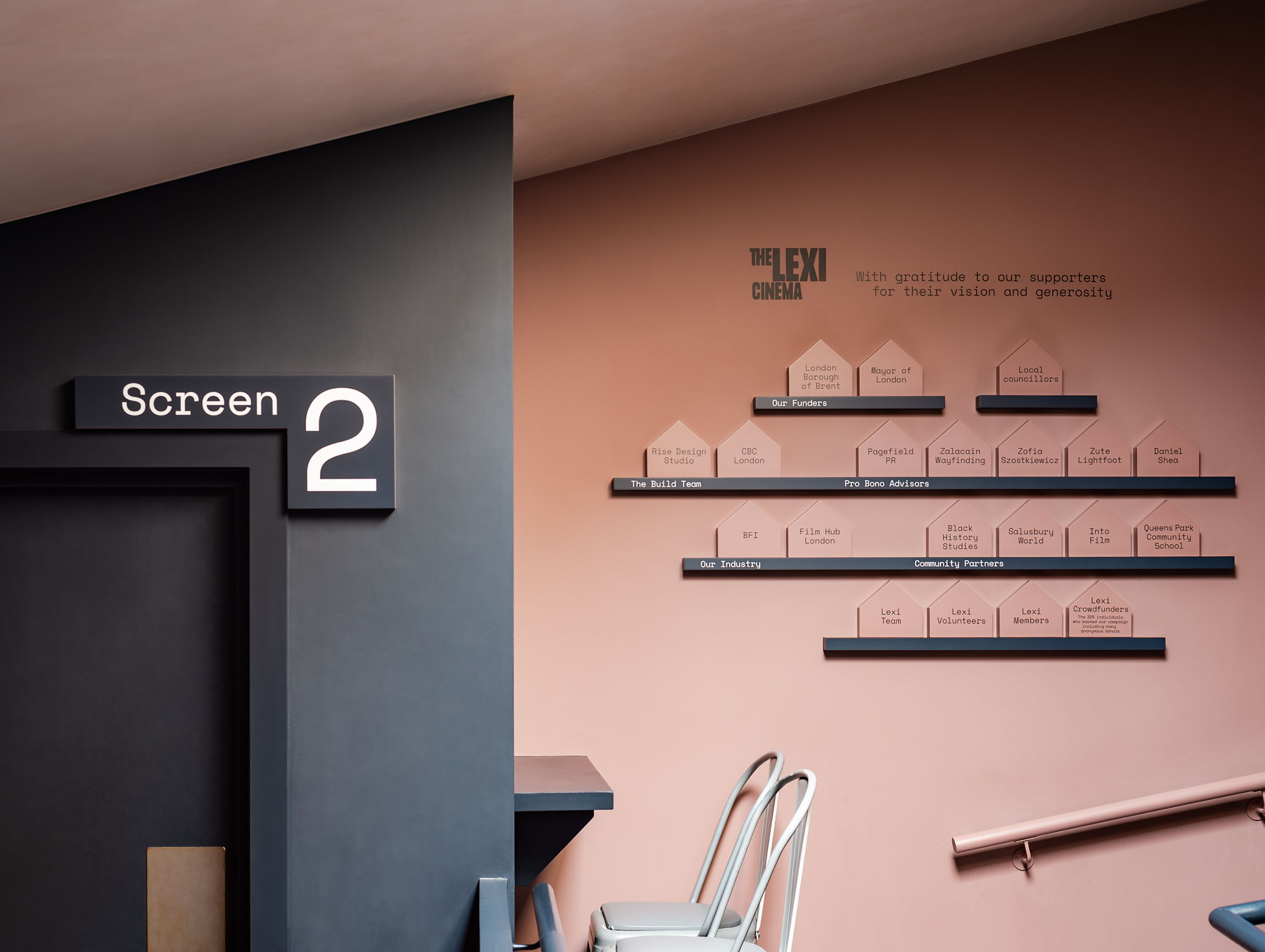 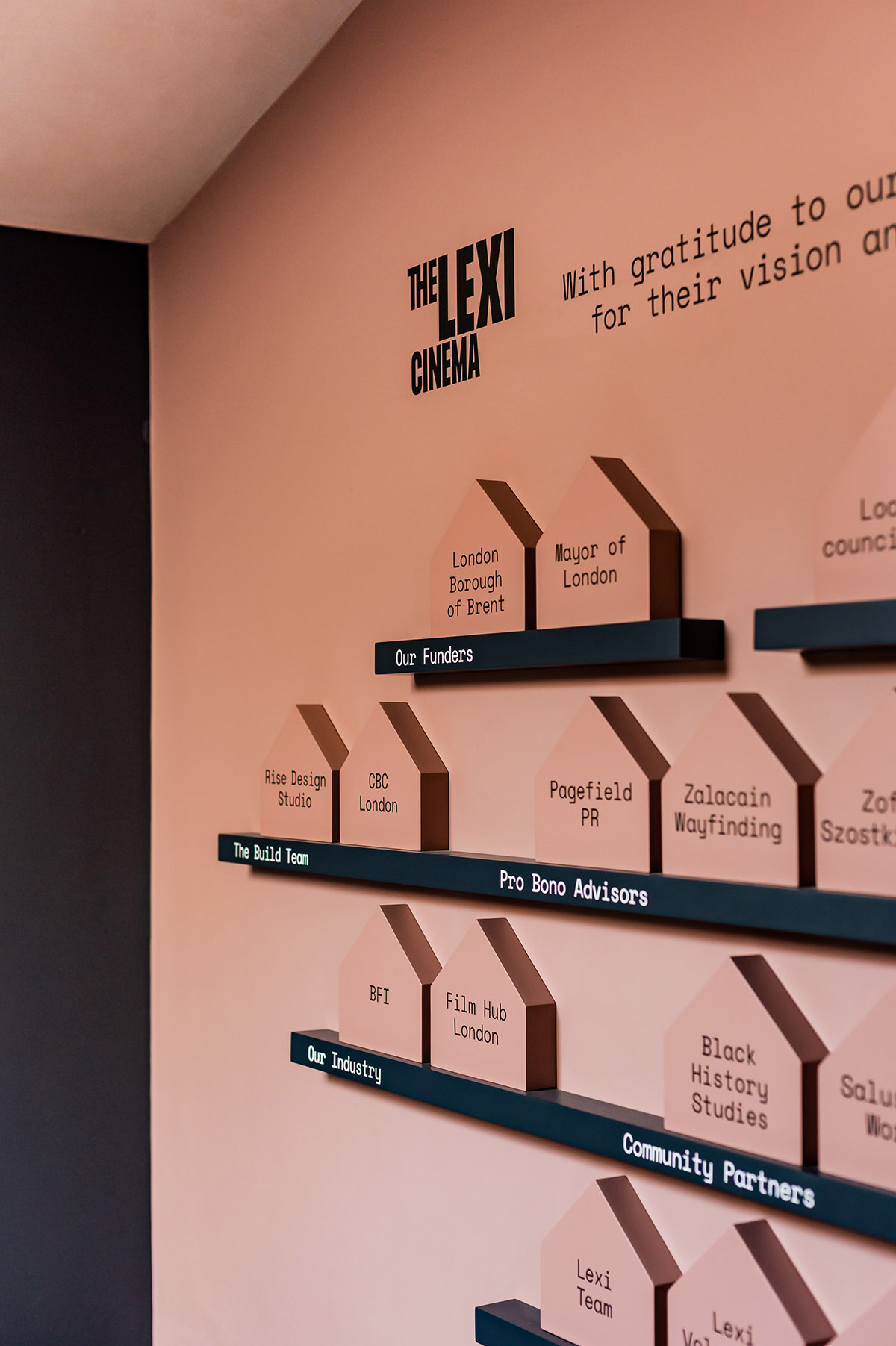 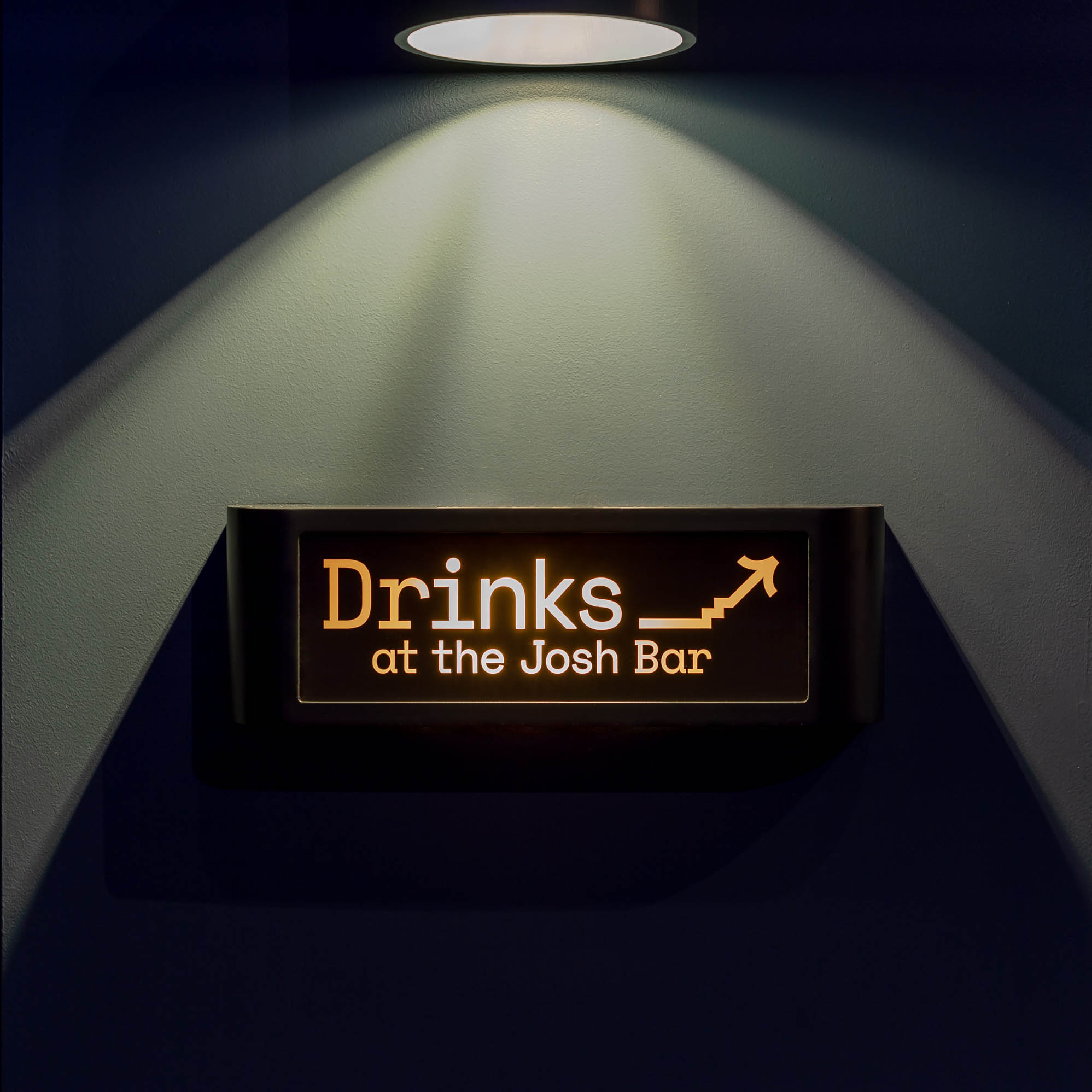 Two carefully designed lit-up signs are used in low lit areas to give a functional, personal touch and a truly cinematic feel. 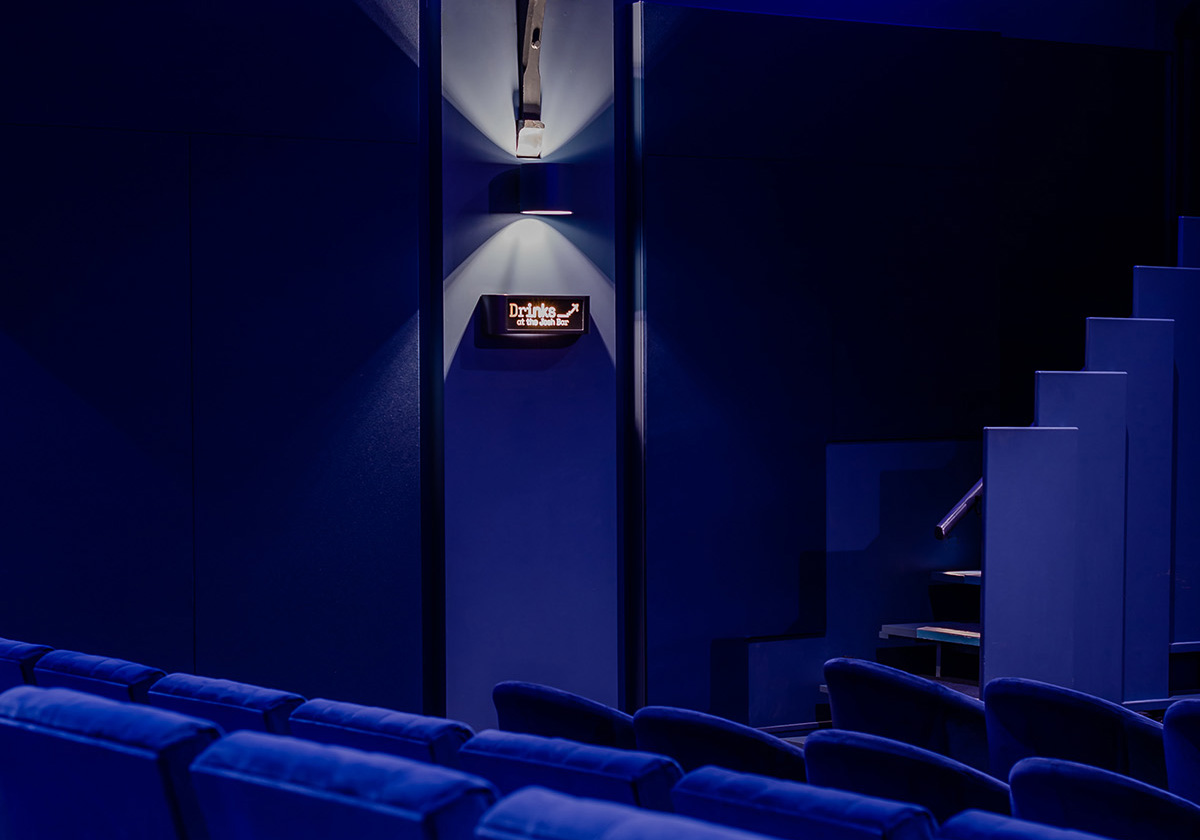 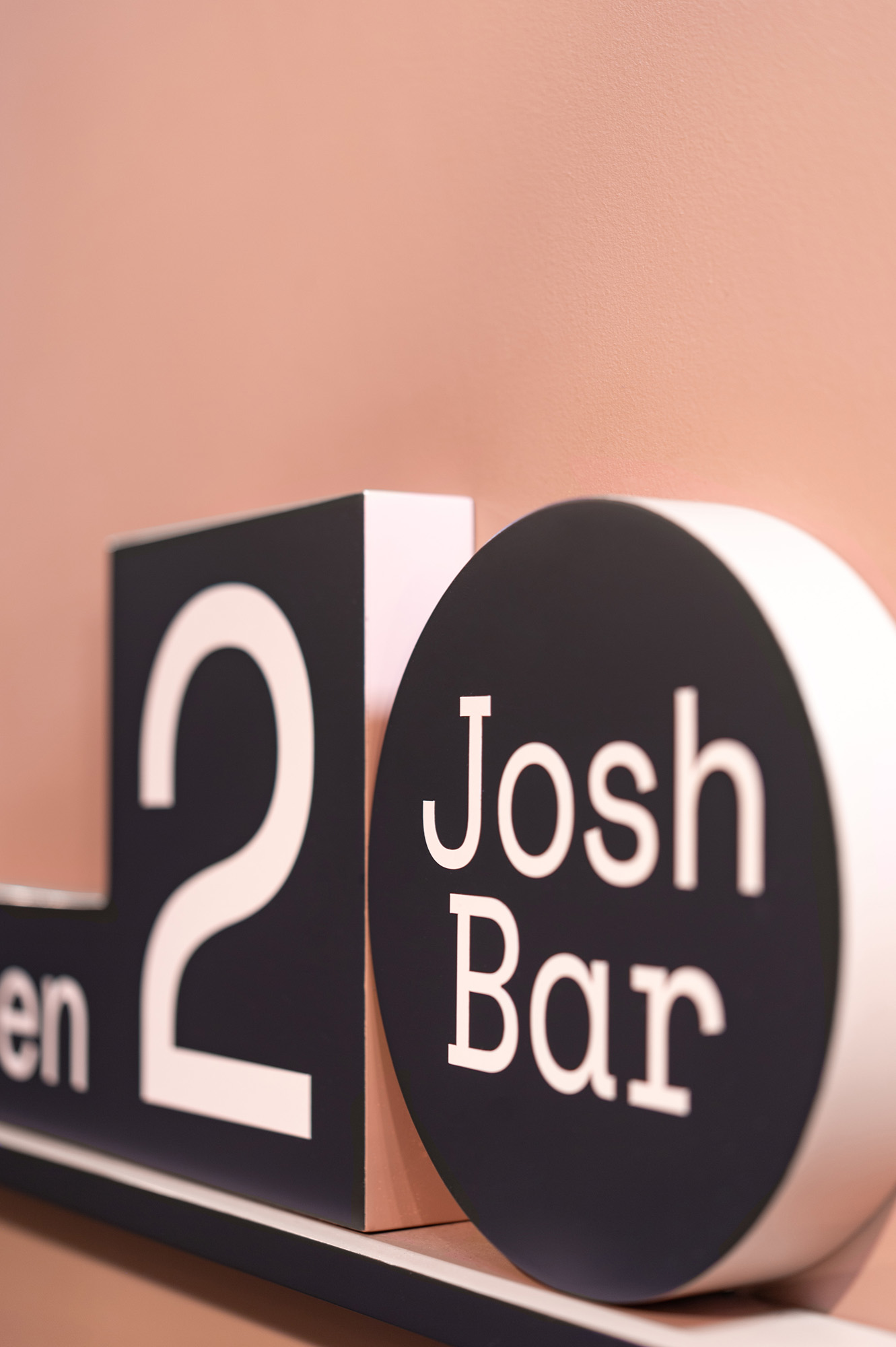 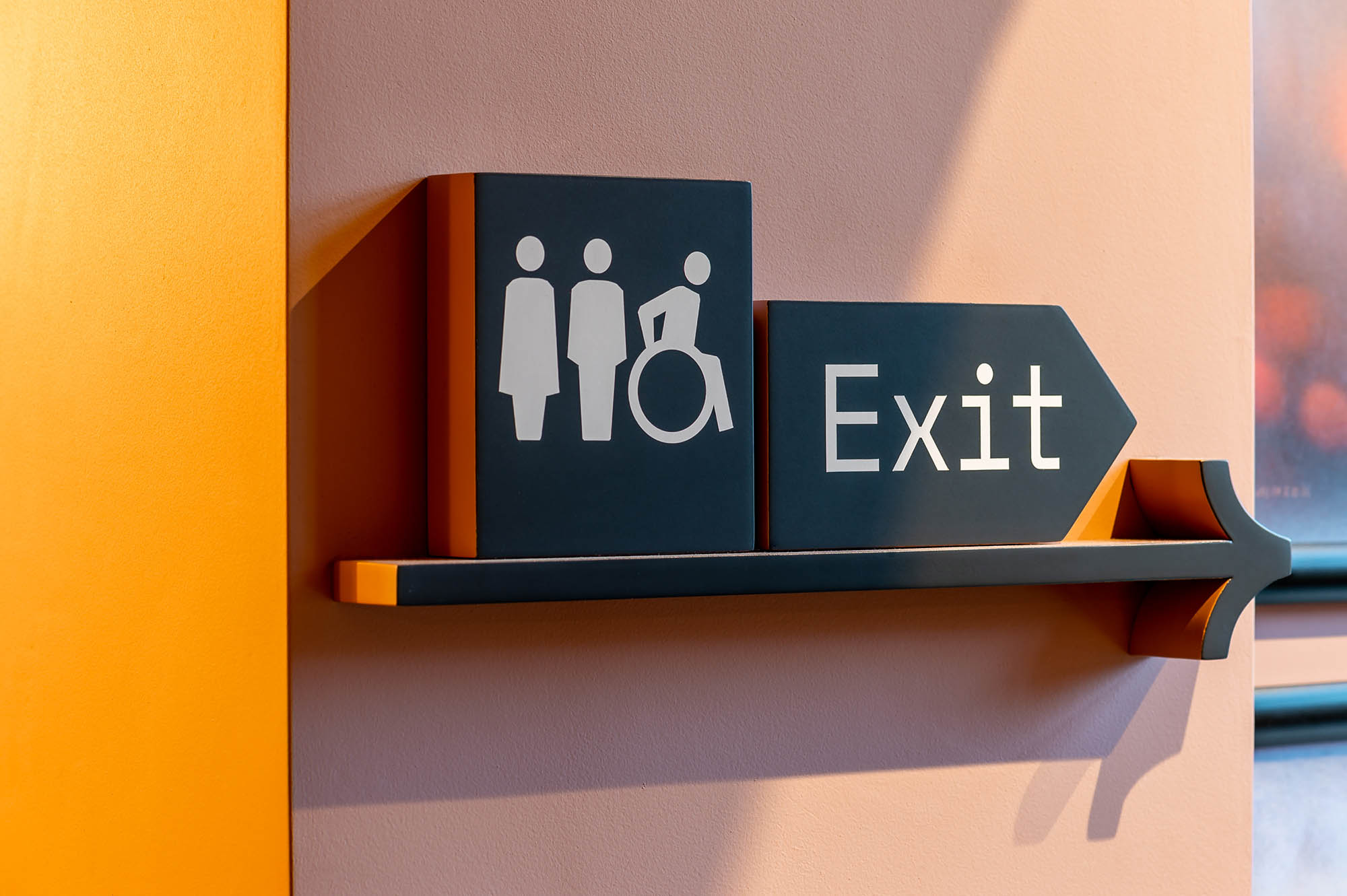 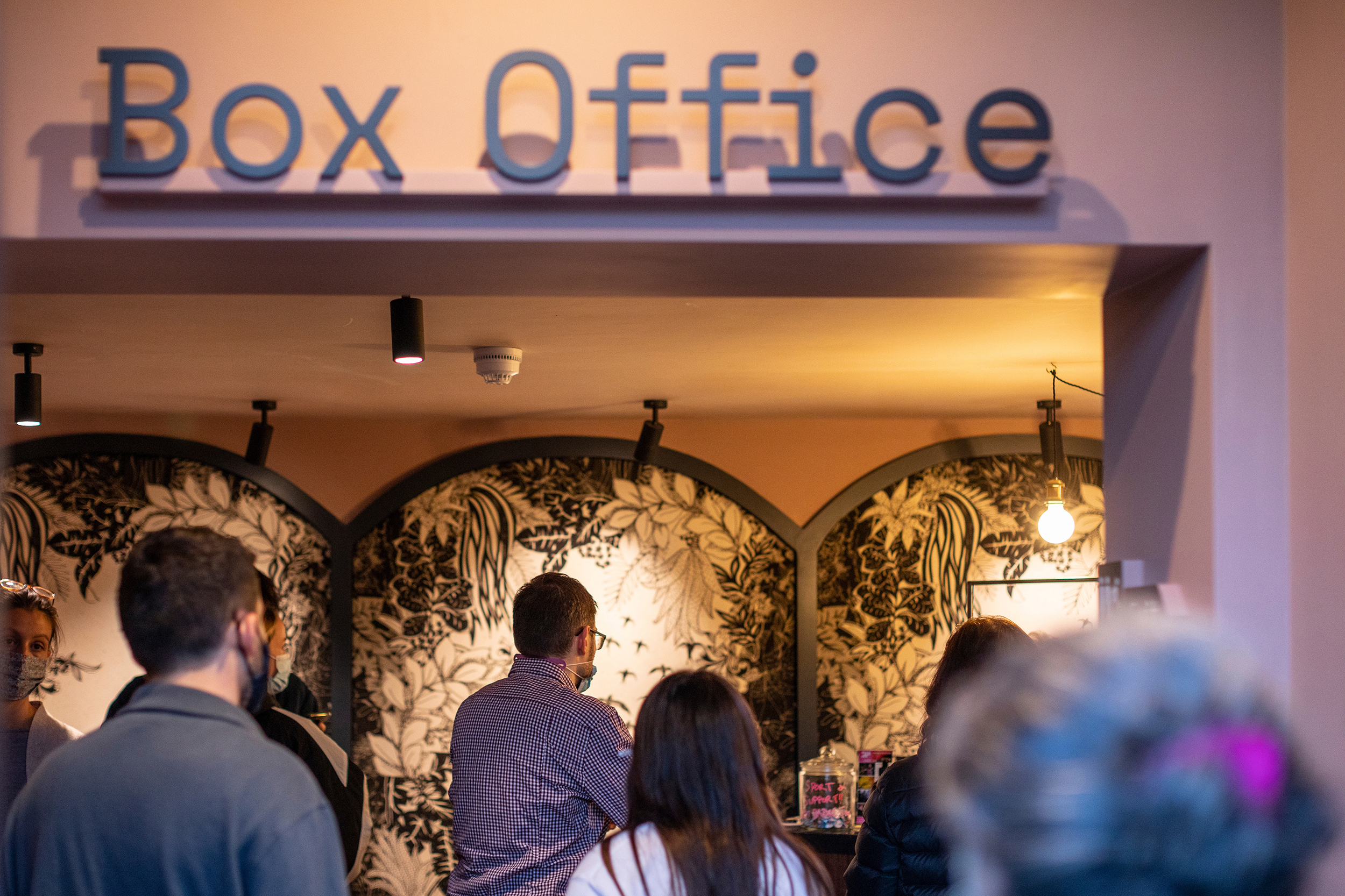 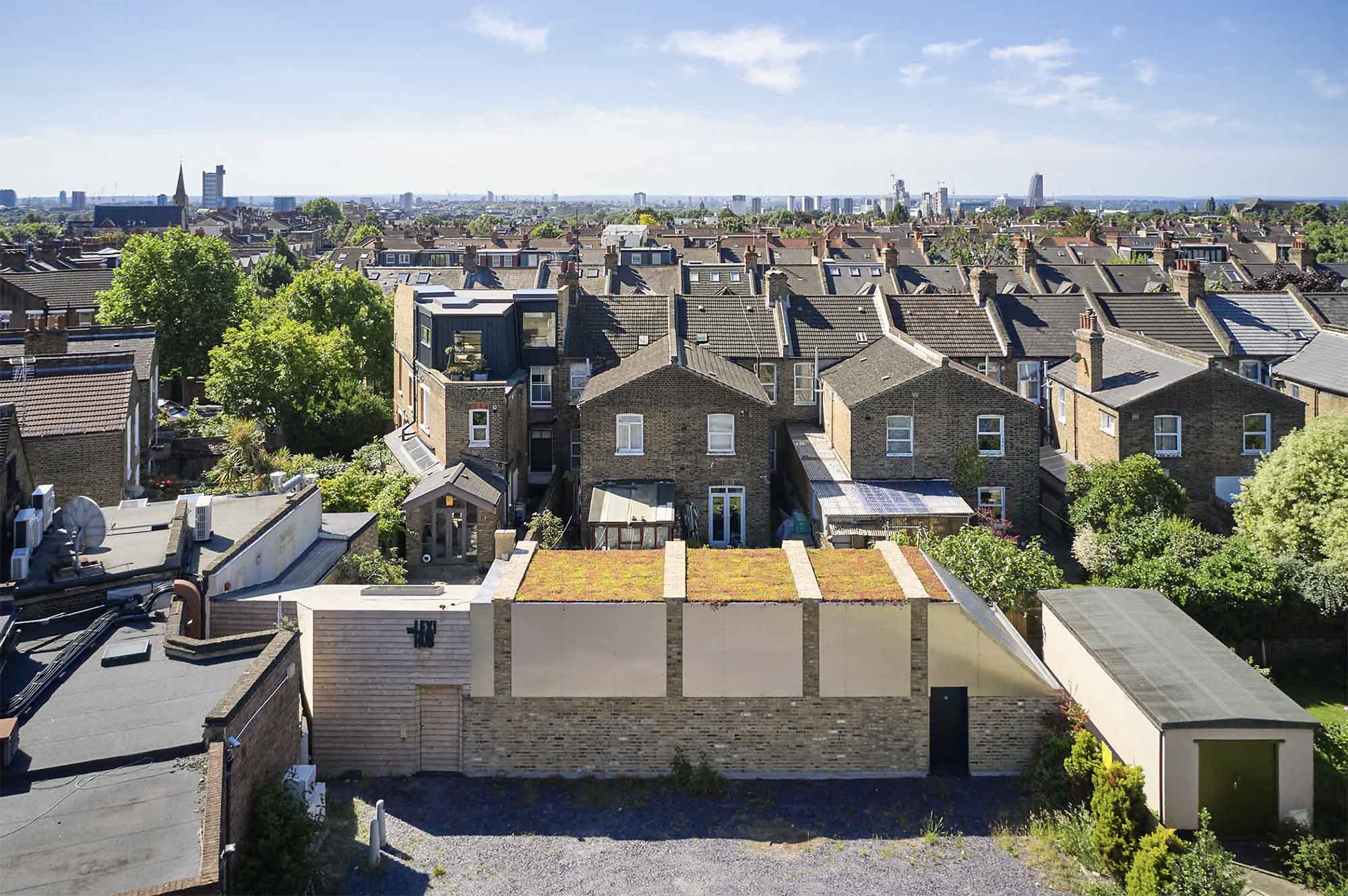 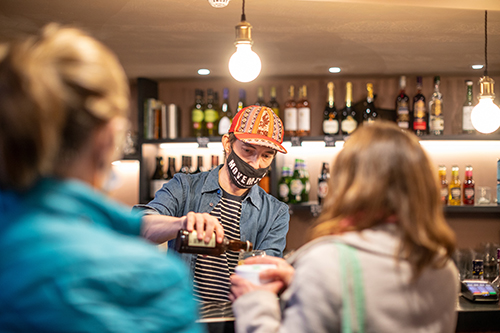 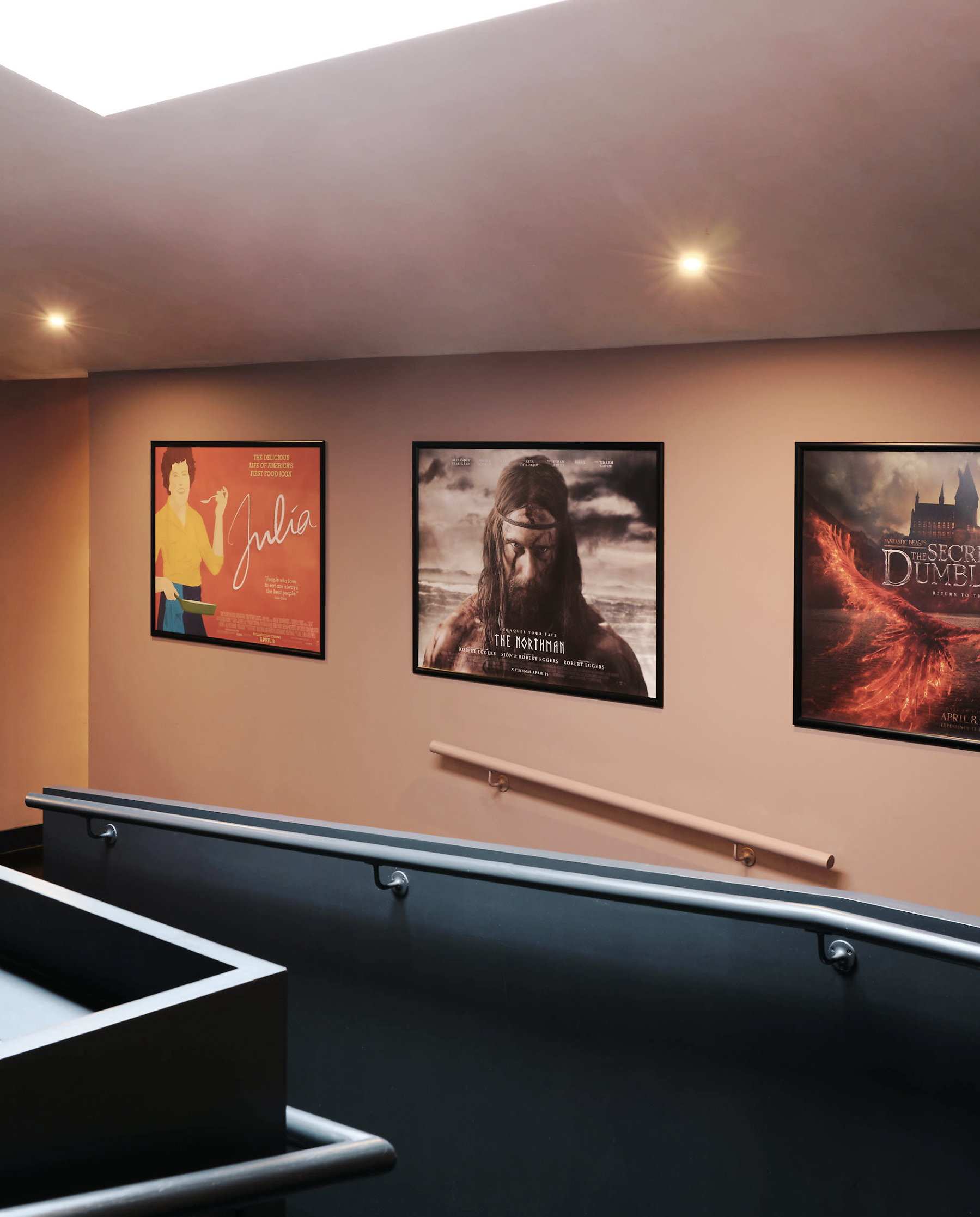 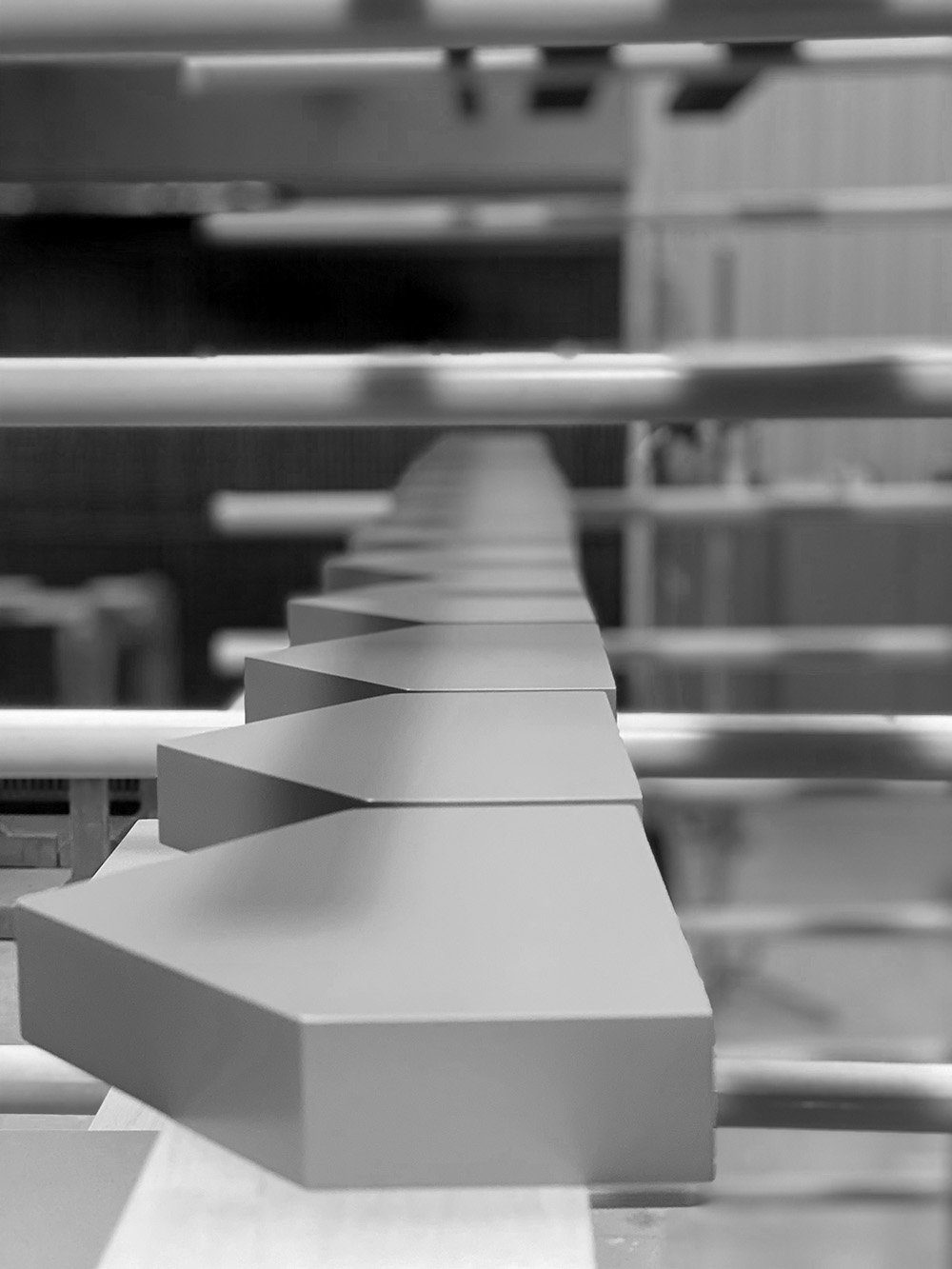 Every element we designed is producible in bulk and works in a modular way that can be arranged with ease in each 'arrow shelf' for each particular sign. This approach, together with the limited use of colour makes the system highly cost-effective.

The new bespoke signage for Lexi is confident, friendly, cost-effective and well integrated with the interior of this unique venue. 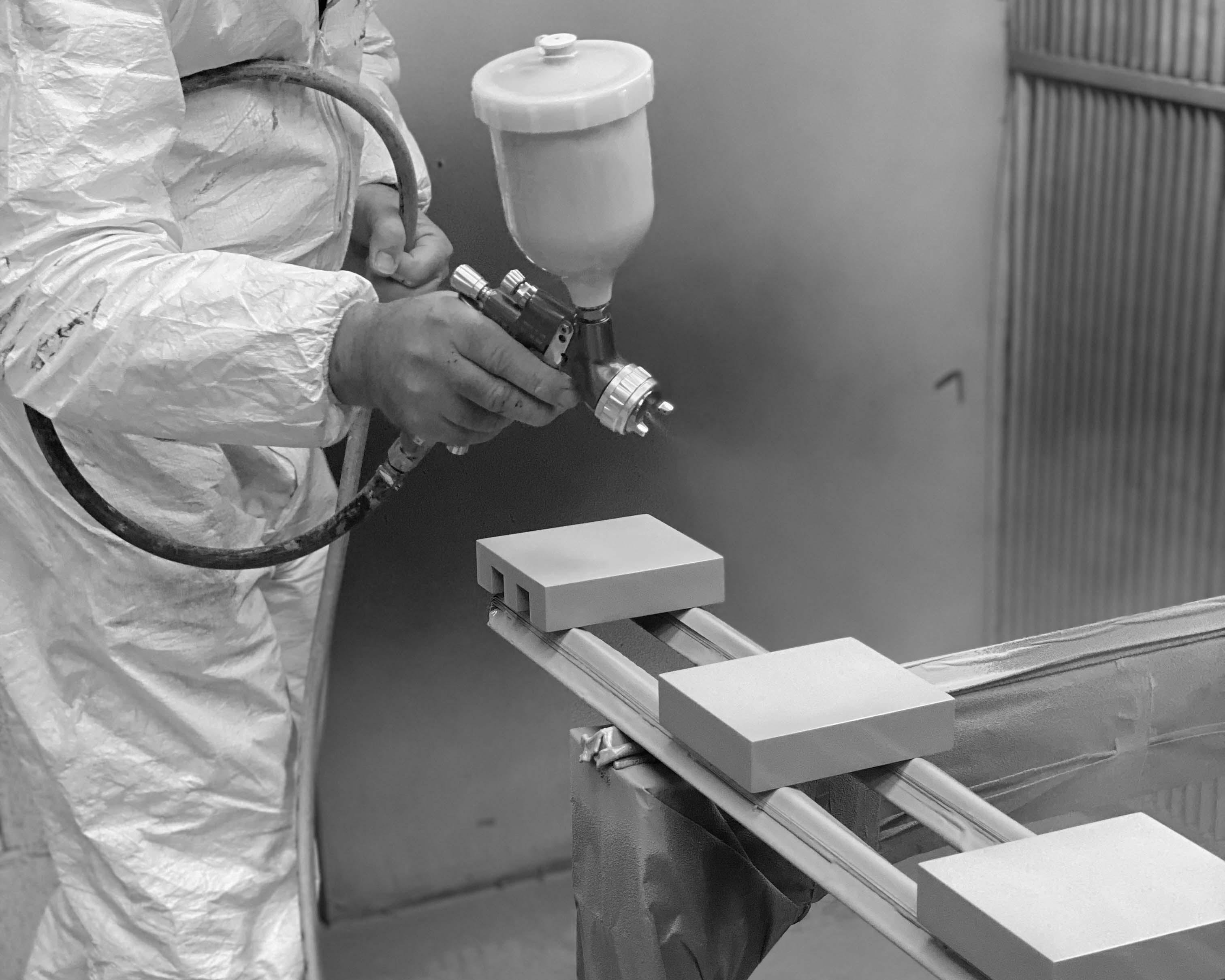