A revised network diagram with wheelchair users in mind 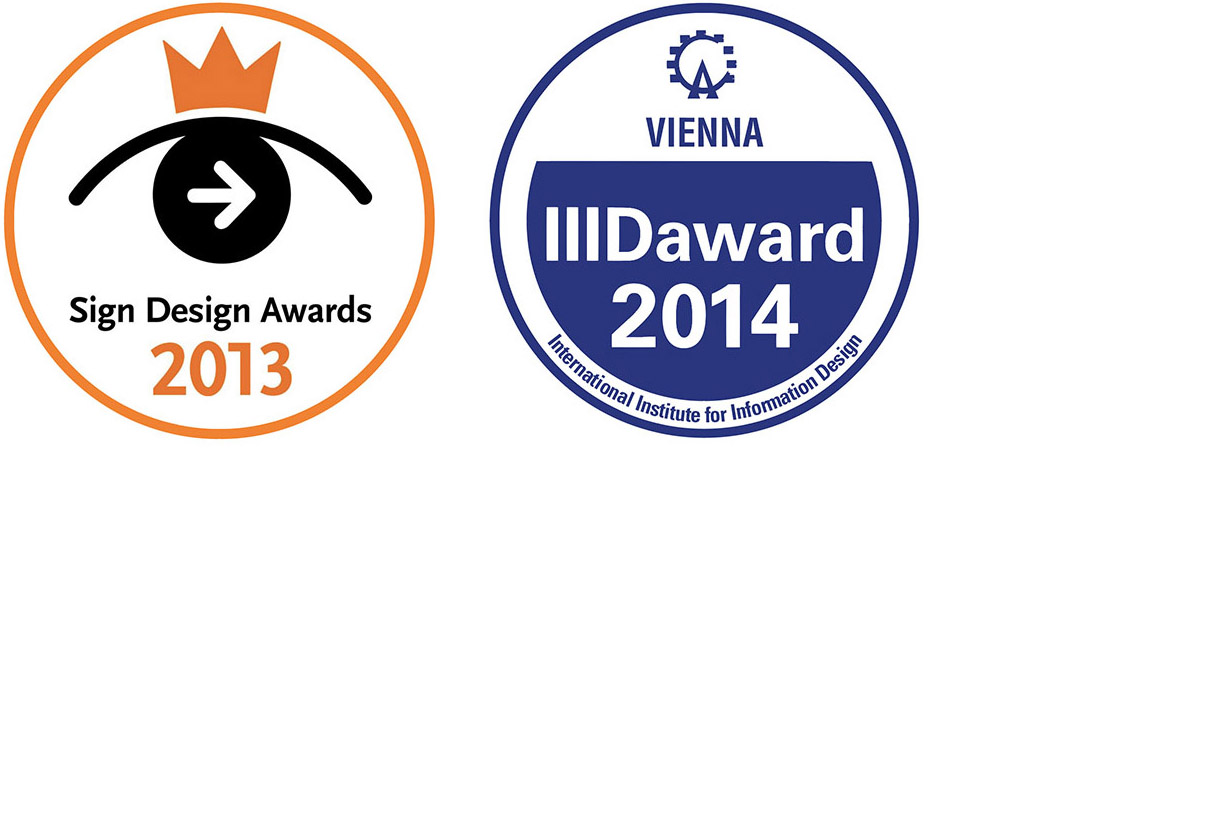 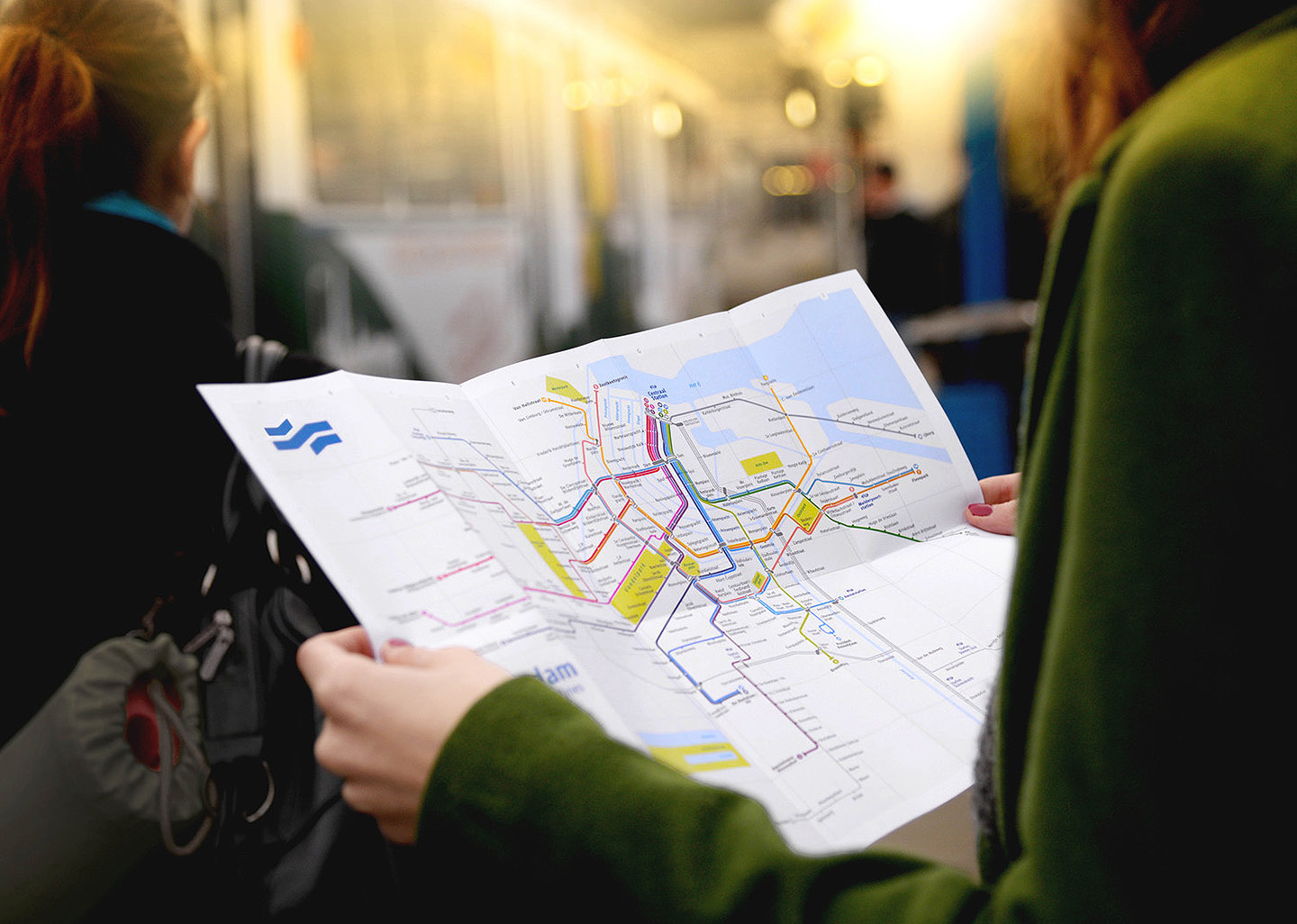 Our version of the Amsterdam Tram Network map is an award winning project that has been featured in city guides. During its design, surveys were carried out to find out the most straightforward layout to represent the network within the Amsterdam canal system. With input from the surveys the final line layout is both close to the real geographical network, and easy to understand.

Wheelchair accessibility was made a priority and the empty stop point on the map are used to point out stations that are not accessible. This is opposite to the trend seen in most network maps that point out wheelchair adapted stops as an extra feature. In this case wheelchair friendly stops are the standard. 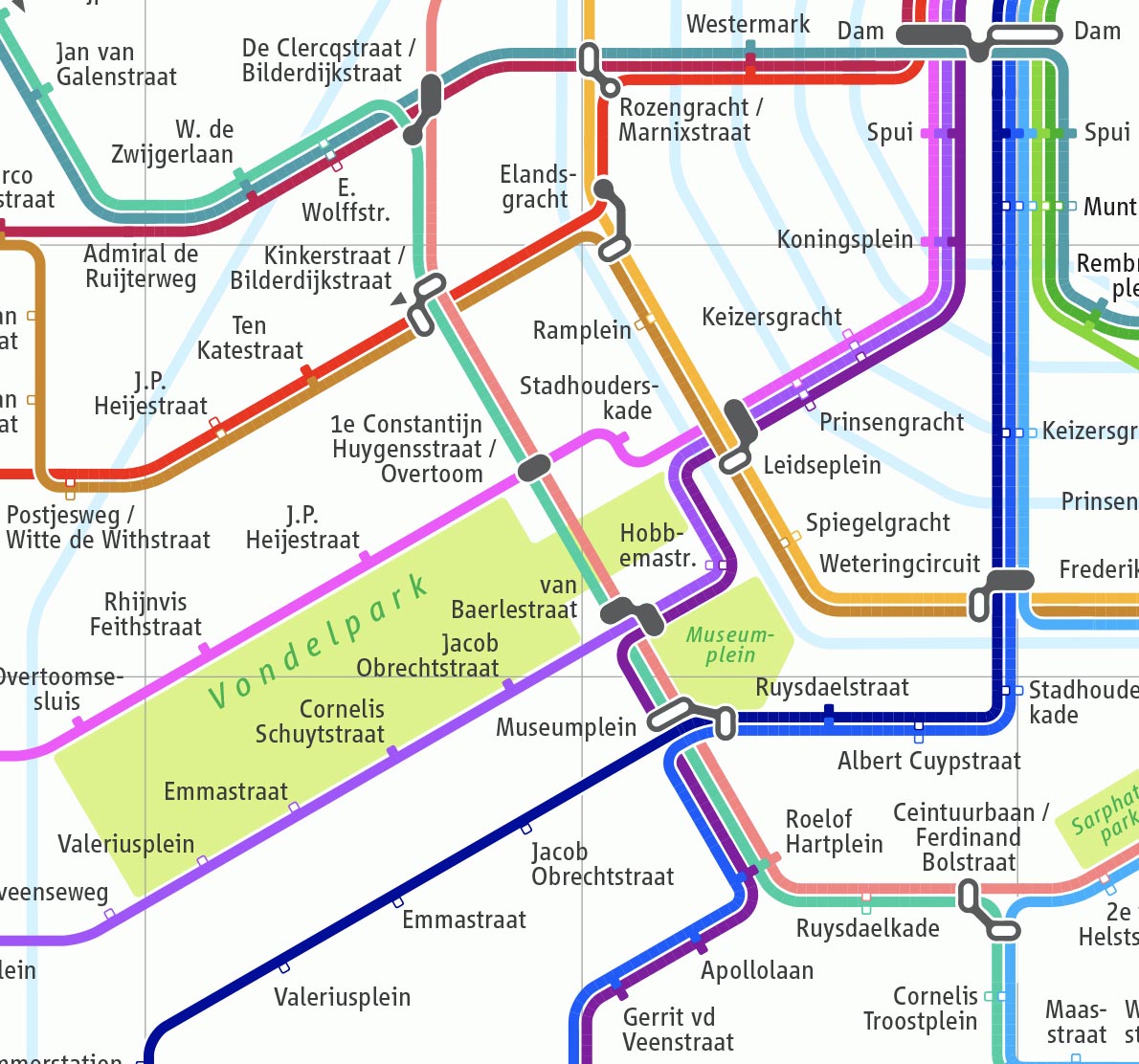 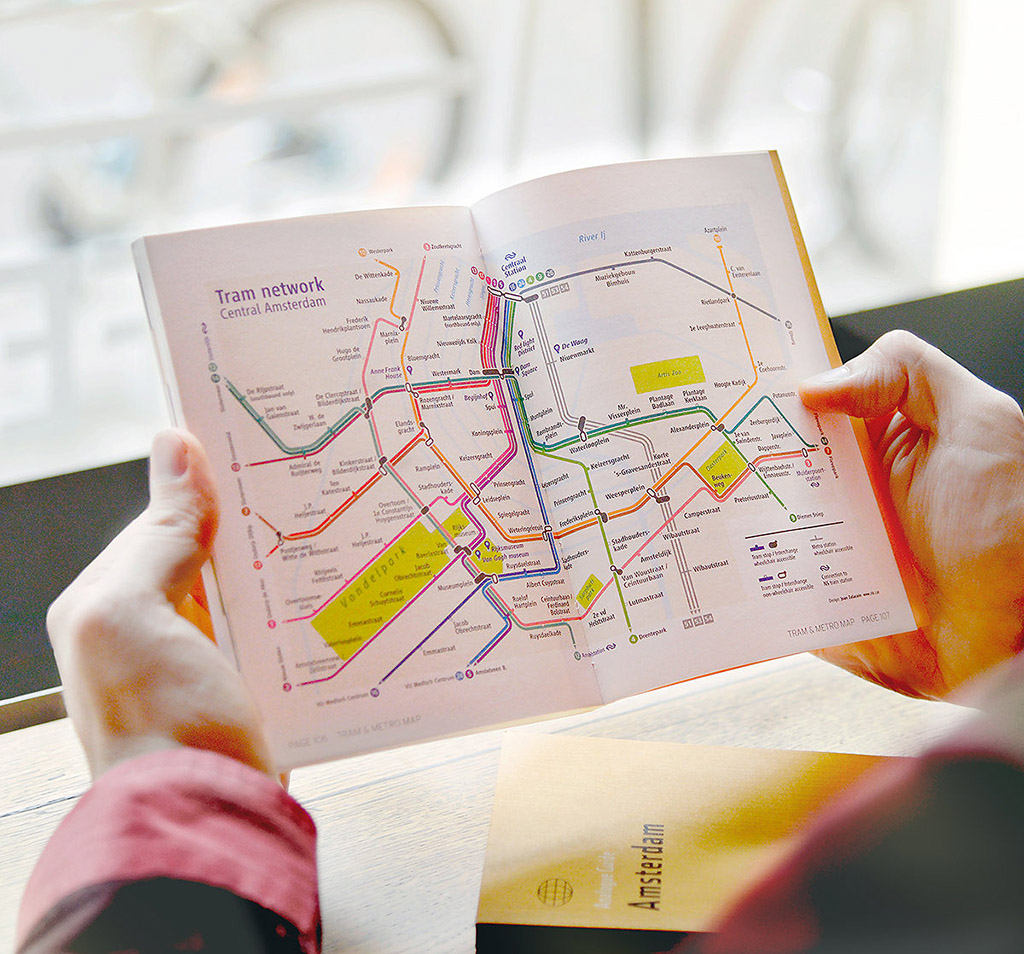 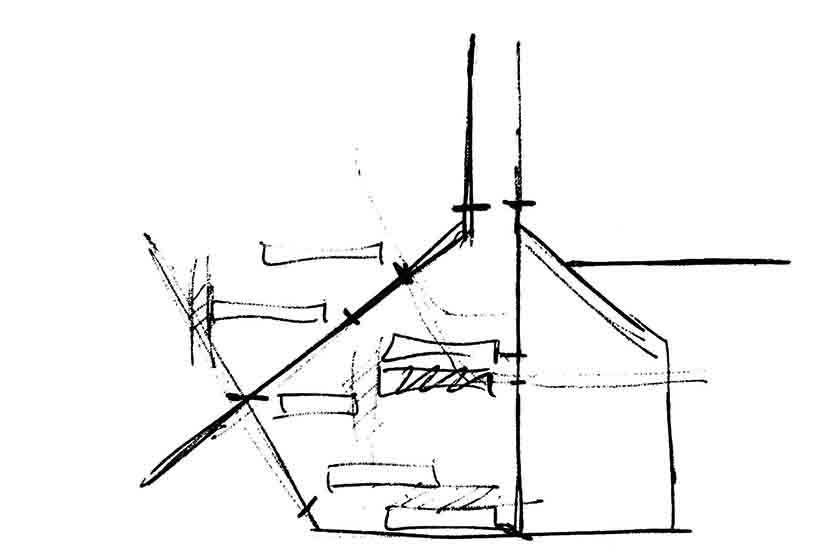 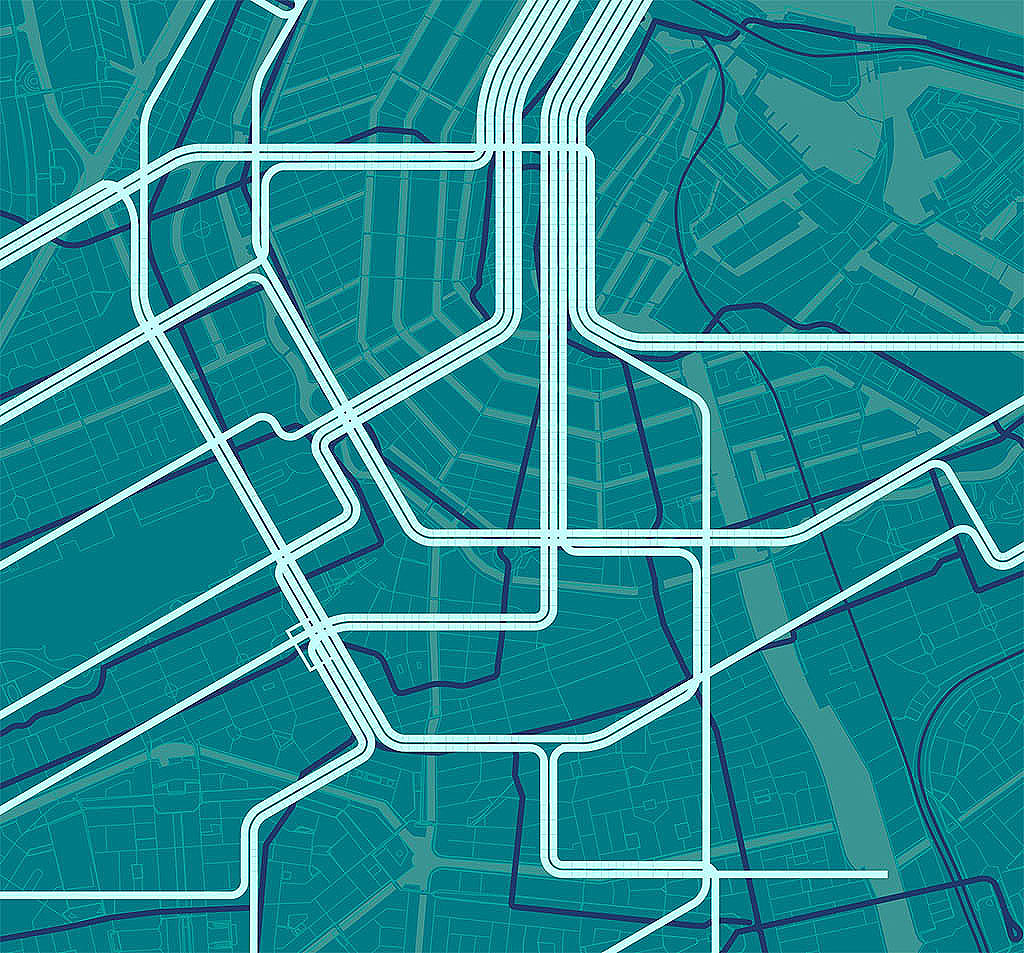 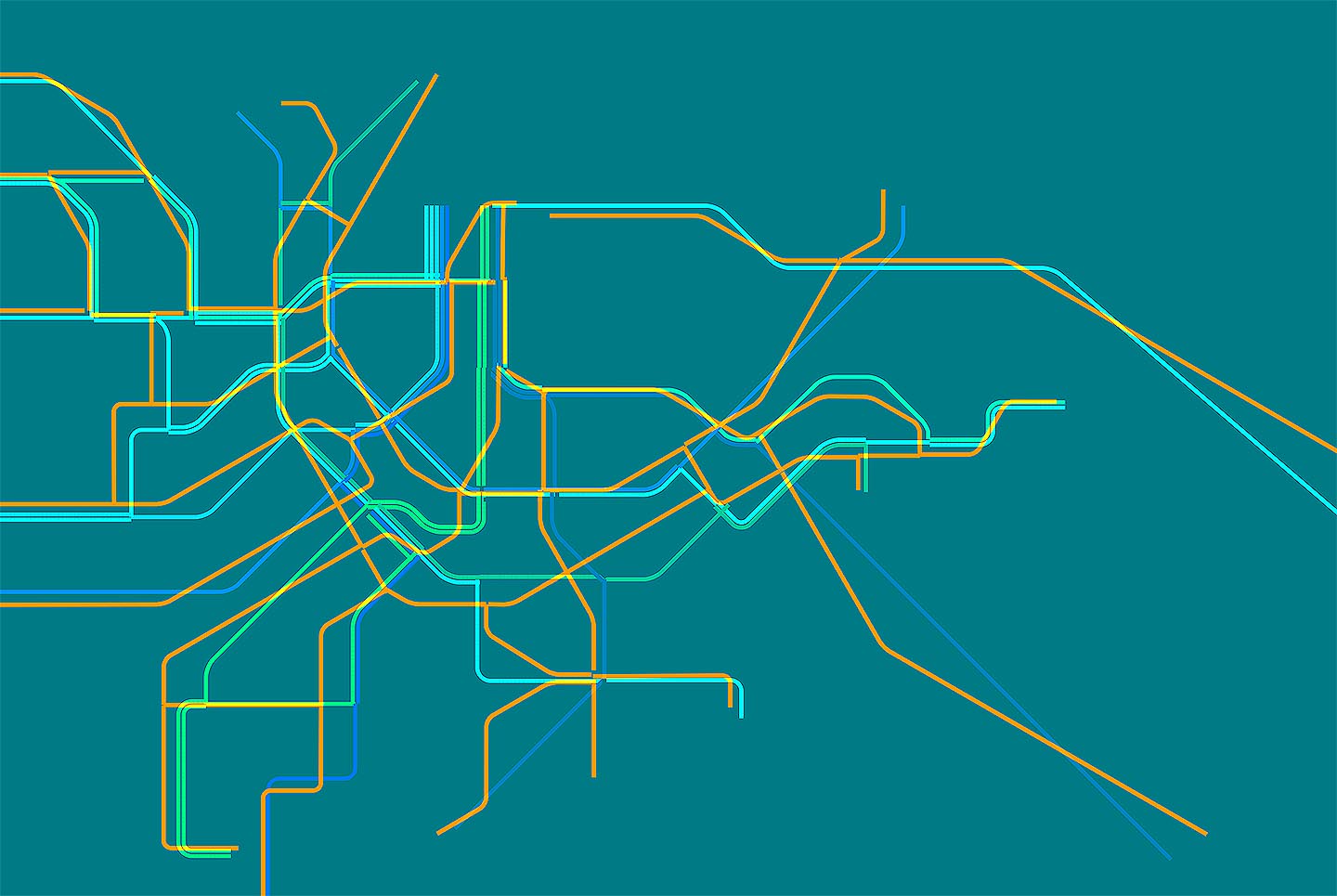